Using Ubuntu and have a Fingerprint Reader on your laptop? Make it work! 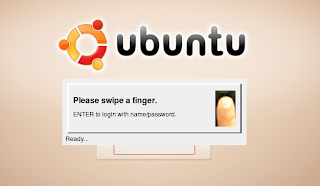 FINGERPRINT AUTHENTICATION FOR UBUNTU BASED ON FPRINTD

This PPA contains packages that add a comprehensive fingerprint-based authentication functionality to Ubuntu, including a seamless integration into GNOME 2.x, Unity and GNOME 3.x. At this time of writing it supports releases of Ubuntu are 12.04, 12.10, 13.04. Please note that since version 12.10 these packages are present in the standard repositories (still, this PPA supports a wider range of fingerprint readers).

Step 2
If you have a supported device add this PPA to your sources:
sudo add-apt-repository ppa:fingerprint/fprint
sudo apt-get update
sudo apt-get upgrade

Step 4
Launch “fprint project demo” from your Unity/GNOME applications menu and check that you can enroll and verify your fingerprints and that your reader is indeed supported.  This does NOT save your fingerprints. This just test to make sure it is working.

Step 5
Run fprintd-enroll in terminal to save your fingerprints.

NOTE:
If you have experimented with fingerprint authentication before and have changed your /etc/pam.d/common-auth, you may be presented with a screen asking whether you want to override those changes. Select Yes. Under very special circumstances, you may get an error saying
pam-auth-update: Local modifications to /etc/pam.d/common-*, not updating.
pam-auth-update: Run pam-auth-update --force to override.
In this case, run sudo pam-auth-update --force, exactly as suggested, and enable the fprintd profile manually. Leave the standard system profiles (Unix, Keyring and ConsoleKit) enabled as well. 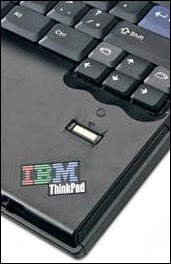 2. Missing support in gksu. When you run Synaptic or a similar graphical application that requires unlimited, full root privileges, the standard authentication window doesn't get displayed. Yet the fingerprint reader is ready, and a swipe will authenticate the user. The informative window not appearing is a major bug in GNOME's gksu, which will never be fixed because of its inner limitations. Instead, a replacement called gksu-polkit is being developed (its latest version is in this PPA). With this package installed, you can then adjust your menu items to call gksu-polkit instead of gksu. Go to System > Preferences > Main Menu, select the item you want to modify, click Properties and in the Command field change "gksu [options...] command" to "gksu-polkit /full/path/to/command" (note that you need to drop all the options to gksu, if any, and full path to command is required).

Note on keyrings and passwordless logins

=================================
If you log in with your fingerprint, the default keyring manager will not have access to your password or any other secret data to decrypt your enciphered content with. The same applies to encrypted partitions and their automatic unlocking with libpam-mount or eCryptFS. Please note that it is not possible to unlock the keyring unless you have typed in your password (there's nothing to unlock it with, and having a key stored somewhere on disk is a very naïve and insecure solution). There are basically 2 possible solutions to the keyring issue:
1. Keep logging in with your password as before (you will need to make the fingerprint authentication fail first by scanning a wrong finger) and then use fingerprint only for sudo and locked screens. This way you will have your standard password available in your session, and keyring and encrypted partitions will work as before.
2. Remove the password from your default keyring. This way the passwords in it will be stored unencrypted, but this may be perfectly acceptable for you if you store only insensitive data in it (such as passwords to Wi-Fi networks). If you decide to take this route, here is a short how-to: Go to Applications > Accessories > Passwords and Encryption Keys, card Passwords, right click on Passwords: login, Change Password and set it to empty string.

Using Ubuntu and have a Fingerprint Reader on your laptop? Make it work! by Randy Rowland is licensed under a Creative Commons Attribution-NonCommercial-ShareAlike 4.0 International License.
Based on a work at https://launchpad.net/~fingerprint/+archive/fprint.
Posted by Unknown at 10:13 AM